Posted by Anonymous at 8:42 AM No comments:

This week should be of interest to everyone who cares about Maryland property rights. Bring your friends, they won't want to miss it. Blaine Young, President of the Frederick County Commissioners will be on hand to discuss Plan Maryland, an insidious program that will force future MD homes into dense urban areas and prevent farmers from selling land to make ends meet.

We will also be discussing Frederick C4L's own efforts with regard to SB236, Plan Maryland legislation that was passed in 2012, and our efforts to repeal it.

If you are a Facebook user, please respond to our event HERE, and invite your friends. Please also direct them to our website, www.FrederickLiberty.org.

Frederick Campaign for Liberty meets at 7pm on the Third Thursday of every month at Mistero, located at 18 Market Place in downtown Frederick. Mistero is providing the space for our meetings, so please come hungry.
Posted by Clint Brown at 9:01 AM No comments:

We have a few opportunities to help out with Toys for Tots...

Good afternoon Ladies and Gentlemen:
I am SSgt Delgado the Toys for Tots warehouse manager for this years drive. I am writing to you to give you information on days that I have open for volunteers thus far. I have the evening of the 4th, 6th , 11th, 12th 13th, and 18th from 5:30 PM till 7:00 PM. Also the 19th, 20th and 21st will be distribution days and it is open for volunteers from 12:45 till 8:00 PM.
Thank you for all your help in helping with our toy drive for our Frederick Community.

Some of us were over at the old Bon-Ton off route 40 to help out at the "warehouse" the last couple of weeks. It is actually fun sorting all these toys :) If you want to go help out, just drive around back, and you should see the Marines parked near a service entrance with a "Toys for Tots" sign up.

Help give some kids a Merry Christmas!

Thanks,
Jason
Posted by Anonymous at 6:52 AM No comments:

Central Planning won't get it done

Central Planning won't ever get it done. - Ernesto Sirolli

This TED talk is fabulous: "Shut up and listen!" 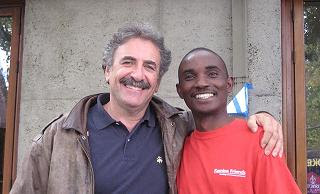 Ernesto Sirolli talks about aiding entrepreneurs in developing countries to realize their dreams. He makes the point that help comes in relationship not from a university or government institution and not even from a well-meaning large institutional charitable non-profit but from people in close relationship with other people in third spaces. A decentralized free-market of ideas is the only way technology will arise to solve the problems that central planners seek to address. Simply put: centralized top-down planning cannot fix the problems brought on by centralization - environmental damage, over-crowding, and fiscal instability.


Don't just do something; Sit there! We have to listen to people to know how to help. And any forum put on by "helpers" in an "audience" mode simply won't work. People need to be in informal settings in a conversational mode and relate to another to share their heart about what it is they are struggling with - in business or in life generally.


If only we could get the Plan Maryland folks to see this value ....
Posted by Anonymous at 2:26 PM 1 comment:

Help our host restaurant, and get experience with the bureaucratic process!

Mistero is up for a hearing with the Liquor Board today, Tuesday November 27th, at 7pm.  They want to stay open as late as the other bars and restaurants on Market St.  As it is, they are required to close at 12:30.  This is a clear case of government infringement on private property rights.  Mistero provides us with our monthly meeting space at no charge, and they would certainly appreciate our support at this meeting.

All we have to do is show up.  The meeting is at Frederick City Hall at 7PM.  The address is 101 N. Court Street in Frederick, MD.  We aren't sure if there will be opportunity for public comment, but even if there isn't, this is a great way to see bureaucracy in action.  If you've never been to a local government board meeting, this will be a good experience.  It will also be good to get to know the personalities on the Liquor Board, as they'll most likely be hearing from us in the future.

Posted by Unknown at 8:49 PM No comments: 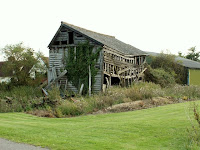 Next, if you're ready to really get active, email Darren.Wigfield@FrederickLiberty.org

We aren't ready to send out our plans just yet, but we are about to start some strategic activism, and we need your help.  In your email, tell us you're interested in fighting SB236.  Please also tell us if you're free on Saturday December 8th from 9:00 to 11:00AM.

This project will be ongoing, and will take a lot of volunteers, so whether you're available on that date or not, please let us know you're interested in helping out.
Posted by Unknown at 8:43 PM No comments:

Frederick's Campaign for Liberty (FrederickC4L) had another packed room for our November Chapter Meeting. With nearly 40 folks in attendance, we moved upstairs at Mistero Italian Restaurant and Bar's to accommodate our growing audience.

FrederickC4L County Coordinator Jason Laird opened the meeting with our mission statement and introductions followed by an update on recent events by Darren Wigfield.

Clint Brown continued our monthly Bill of Rights series with a reading of the 3rd Amendment and an overview of the history that led up to it. If you'd like to read a detailed commentary on the 3rd Amendment, this article is a good start.

Jason then gave a brief overview of The Sustainable Growth and Agricultural Preservation Act of 2012 (SB236) and talked about what it means to Marylanders. We will be discussing this more in the coming months. Please sign the petition to repeal this terrible law.

Our first guest of the evening was Ted Patterson, Maryland Campaign for Liberty State Coordinator. Ted spoke about the state organization and the importance of getting involved in state and local issues. He told of several legislative success stories as well as successes in Maryland Liberty PAC getting liberty candidates elected to local offices around the state.

Darren followed Ted with an invitation to our December meeting with guest speaker Blaine Young and  mentioned the successes of some of our members in getting Letters to the Editor published in the Frederick News Post:
Clint Brown - FNP's decision to exclude 3rd party candidates from the debate (Oct 27)
Mike Hargadon - Frederick Charter Government ballot question (Oct 28)
Liza Leszczuk/Michael Larson - Mayor McClement's exec. assist. appointment (Nov 14)

We encourage everyone to continue writing letters to local news publications to make your voice heard. Even if your first letter is not accepted, do not be discouraged, keep them coming. Eventually one will get published.

Finally, our last discussion of the evening came from our guests Josh Lyons, Scott Strzelczyk, Mark Kreslins from The Forgotten Men radio show as they brought their message that "DC won't fix DC" and discussed state-based solutions.

We went over our scheduled time, but a good time was had by all. Please join us again at our next meeting on Thursday December 20th with Blaine Young!
Posted by Anonymous at 2:59 PM No comments:

The National Defense Authorization Act (NDAA) of 2012 will go down in history as the day America finally cut all ties and pretenses to the notion that it was a place where the people had entrenched civil liberties. Civil liberties have been under assault in a whole new way since the tragic events of 9/11. The Patriot Act and NDAA 2012 could be the beginning of the eventual slide into the abyss of no civil rights for any Americans not in power, or if Senator Rand Paul wins his argument, we could roll back part of the evil starting with the practice of holding people without charges, trials, or juries. We hope he gets his amendment added allowing for jury trials for those folks who are unlucky enough to be snatched up by our government for any reason including potentially political detentions.
Posted by Anonymous at 8:20 AM No comments: 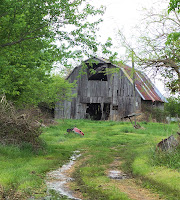 Ever heard of Agenda 21? How about Plan MD? Well Annapolis crammed both down our throats via SB 236 during the last legislative session in 2012. Please sign our petition to repeal this atrocious power grab trampling our property rights...

SB 236 is a MD law to cram future Marylanders into "higher density residential pockets" and limit growth in rural counties by overruling local control. Another attack on basic property rights by government. Farmers' wealth is in their land and to limit their choices is to limit their prosperity. Smart growth advocates advance their agenda again to the detriment of hard working citizens. Small farmers are generally cash-poor. They often cannot handle property tax increases or inheritance taxes when the older generation passes on without the escape valve of being able to sell their land to be developed in whole or in part if needed.


Don't just take our word for it.  Watch this video from Cecil County Campaign for Liberty.  Listen to the testimony of farmers who have spent their lives, often several generations of lives, working for, and contributing to, their community.  Frederick's farmers are impacted the same way.  These zoning regulations, combined with Maryland's aggressive taxation policies, are taking the most dedicated and hard-working members of our society, and stealing their chances for happy retirement, and their ability to provide their children with the same opportunities they had.

Thursday: The Forgotten Men at FrederickC4L 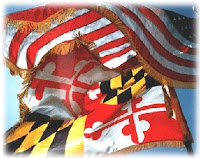 This week promises to be FrederickC4L's best meeting yet! If you have some Liberty-curious friends who you've been thinking about inviting to a meeting, this is the one.

Our first guest speakers will be Maryland C4L leadership. They'll talk about the strategies and successes they've had in other Maryland counties. We'll be announcing a new initiative to protect the property rights of everyone in the state. We have a lot of members who have been anxious to get into this fight, and they'll get their chance this Thursday. 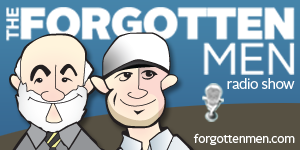 Our next guest speakers this month are Joshua Lyons, and Scott Strzelczyk from Frederick's liberty radio show, The Forgotten Men.  We'll also pipe in co-host Mark Kreslins from out of state, just like they do on the air on 930 WFMD.

The Forgotten Men concentrate on State-based solutions to problems with our national government.  For a taste of what they have in store, you can check out their recent episodes online HERE.

Finally, if you're a Facebook user, respond to our event HERE, and invite your friends. Also, check out our new website at www.FrederickLiberty.org.

Frederick Campaign for Liberty meets at 7pm on the Third Thursday of every month at Mistero, located at 18 Market Place in downtown Frederick. Mistero is providing the space for our meetings, so please come hungry.
Posted by Unknown at 10:47 PM No comments: